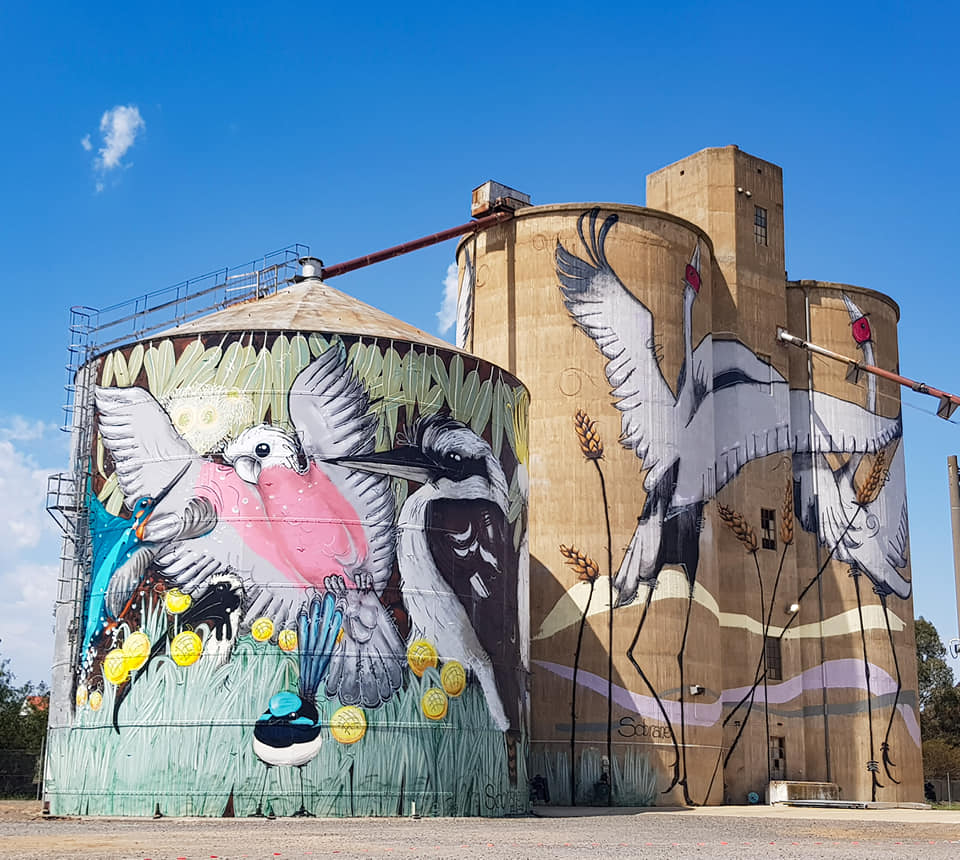 The Tungamah silo was painted in two parts. The Dancing Brolgas and the Kookaburra were completed as part of stage one followed by the full colour explosion that is stage two. Sobrane finished stage two of the Tungamah Silo in October 2019. This second part took 9 days to complete with the help of Will Cooper and Rod Forge volunteering to drive the cherry picker some of the way. The Cooper Family funded the initial stage and the Tungamah Kickstart Project funded the second part. Sobrane does not grid or project her murals. She simply sees the images on the surface and paints it on. The Tungamah Community Noticeboard on Facebook was used as a bouncing board for what the community wanted to see up on the silo's. 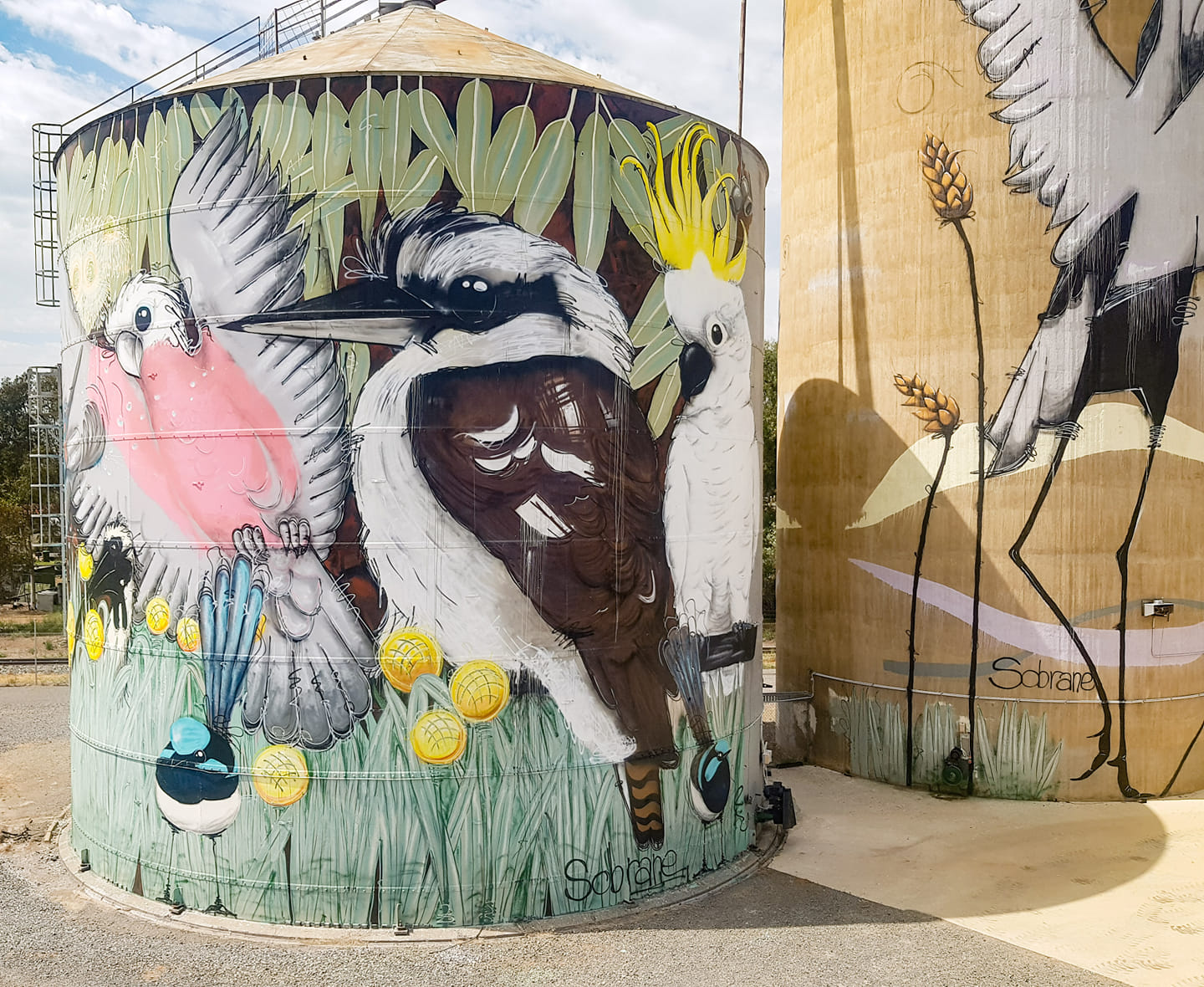 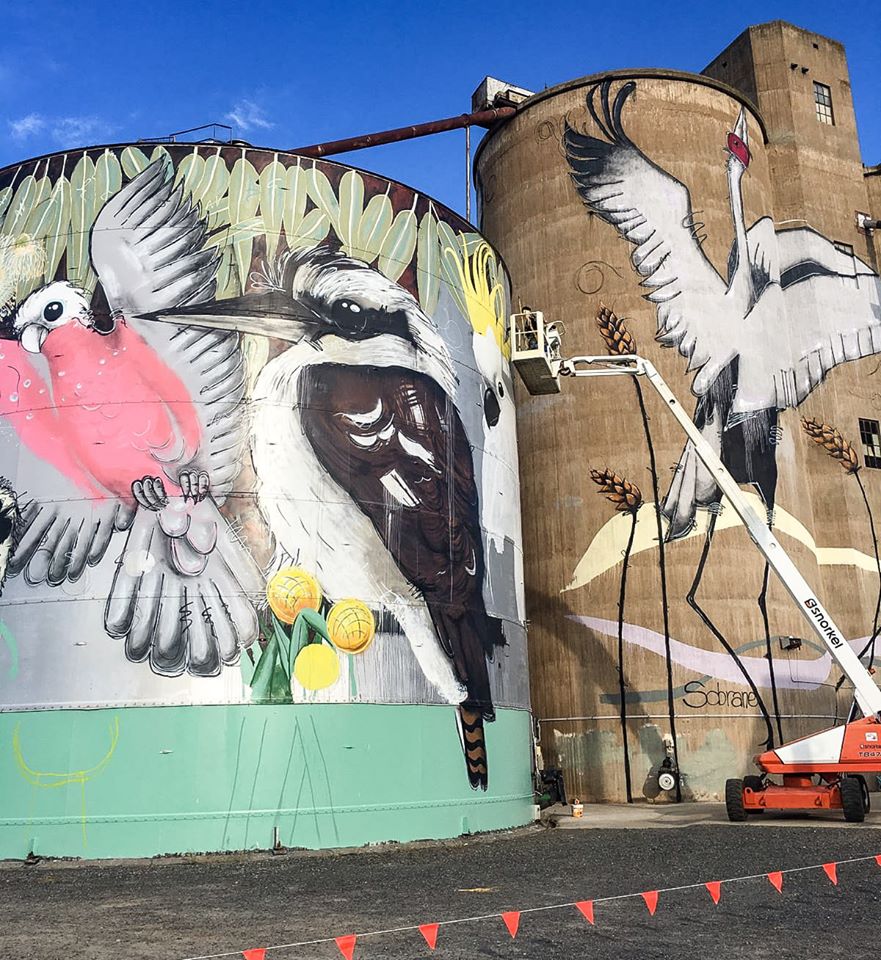